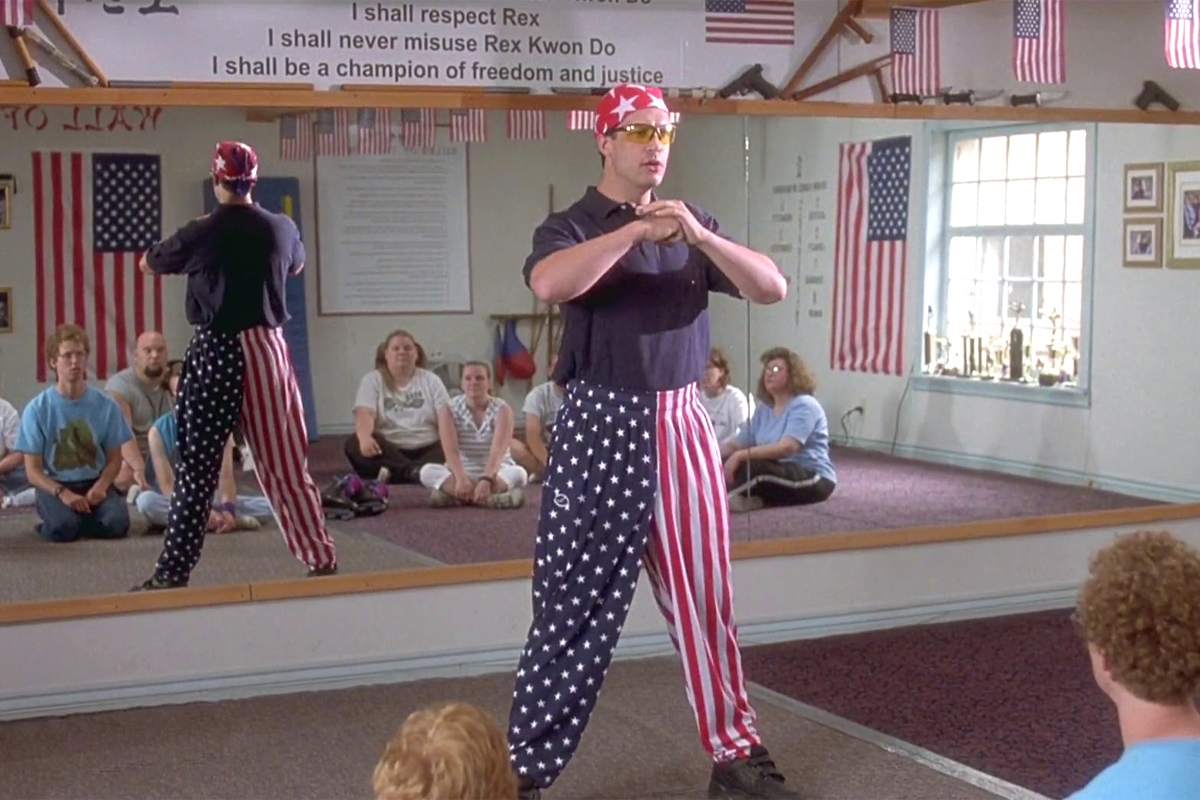 Now that I have your attention, please understand, I don’t believe that your instructor wants you to die, nor do I believe that he/she is intentionally teaching you things that will get you killed. However, the lack of malicious intent will not make you safer. Your instructor being a “good guy” will not enhance your survivability. So, why is the self-defense world rife with techniques and methodologies that will likely ensure your demise? Let’s explore this a bit, shall we?

THAT’S THE WAY HE/SHE WAS TAUGHT.

This is likely the most common reason that bad techniques, principles and training methodologies continue to be regurgitated. Some guy that trained with some famous guy told some other guy (your instructor) that this “way” was handed down on stone tablets, and as the heir to said tablets, only our first “some guy” has the authority and expertise to make changes. Your instructor likely genuinely believes this, because his instructor is dynamic and has an explosive and engaging personality (plus, he has all of those cool diplomas and photos from the “famous guy”). Your instructor wants to belong to something, and when that something is closer to “the source”, then so is he/her (and by extension, you). So, if the “answer” isn’t “in the manual”, then the approach must be wrong, right?

used by Special Forces groups around the world. These things may well be true, yet what is relevant to some Special Forces group has little if any pertinence to the average accountant just trying to get from the office to the parking garage and home. Military units are tasked with going to bad places to deal with bad people, and they generally have an array of tools and backup at their disposal, that our congenial accountant will not have access to, unfortunately. Beyond that, most of these groups spend relatively little time on hand-to-hand training, favoring the usage of tools and numbers, to gain tactical advantages.

This is likely a subconscious thing, but it is much easier to sell an “all you have to do is…” approach to self-defense or fighting, than to tell people that “this training will challenge you, mentally, emotionally and physically, and at the end of the day, you still might not survive a violent encounter”. It’s much easier to answer “how would you defend X?” with a purely physical, syllogistic response, than to give an “it depends”. It is much easier to sell “size doesn’t matter” than “bigger and stronger is a f’ing problem”. A State Trooper from a northeastern state once contacted me. She wanted me to organize and teach a course for “small officers”. I told her, “Sure, we can do that, no problem. Just to be clear, though, it’ll be the same course I’d teach to giant officers”. I never heard from her again, but I guarantee you she found someone to tell her what she wanted to hear. At the end of the day, collecting techniques and being fed “answers”, is much easier than putting in real work, failing on occasion and figuring it out for yourself (and this goes for you and your instructor).

My, that’s a big curriculum you have! Everyone knows it costs less to keep the students you have than to go get new ones, so one way of doing that is having a bloated curriculum, full of moves and movements that are the antithesis of what the program purports to be…real. Slapping kicks, double jump kicks, three ways of dealing with the same problem, solutions to problems that only exist in Hollywood, et al. We were recently told, “XYZ has a lot more material than you do”. My response is, generally, “yes, thanks for noticing”. Despite what you may have been told, more does not always equal better. If you want to learn how to deal with problems only Jason Bourne might face, then that’s cool, but if you want to be safer and more secure, don’t be a technique collector. Get very good at dealing with the most likely problems, in a realistic training environment, which focuses pressures from resisting opponents.

When it comes to self-defense and fighting, the approaches are varied and many, but as ubiquitous as they are, the delivery method of most large organizations is the same or eerily similar. The MO is used in sales and marketing in every industry: give people what they want; what they need is not our concern. Why else is McDonald’s one of the largest corporations in the world? Keep this in mind when considering how you will spend your time and your money. While you are sacrificing time away from your family, in order to make them safer, make sure your investment is going towards something true but also authentic, not a cool logo, slick marketing and a figurehead with “a story to tell”.